Posted on November 14, 2019 by bibleteacherorg 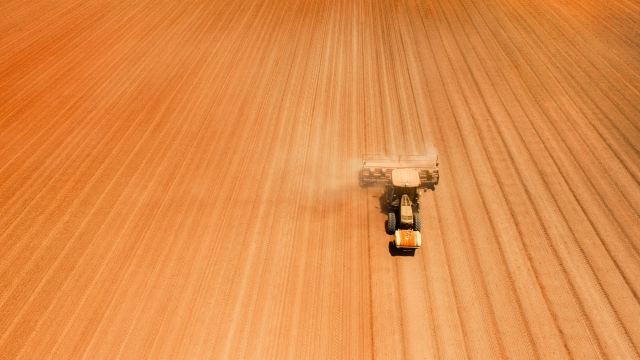 Photo by Jordan Whitfield on Unsplash

Luke 17:3-10 Take heed to yourselves: If thy brother trespass against thee, rebuke him; and if he repent, forgive him. 4 And if he trespass against thee seven times in a day, and seven times in a day turn again to thee, saying, I repent; thou shalt forgive him. 5 And the apostles said unto the Lord, Increase our faith. 6 And the Lord said, If ye had faith as a grain of mustard seed, ye might say unto this sycamine tree, Be thou plucked up by the root, and be thou planted in the sea; and it should obey you. 7 But which of you, having a servant plowing or feeding cattle, will say unto him by and by, when he is come from the field, Go and sit down to meat? 8 And will not rather say unto him, Make ready wherewith I may sup, and gird thyself, and serve me, till I have eaten and drunken; and afterward thou shalt eat and drink? 9 Doth he thank that servant because he did the things that were commanded him? {I do not think so} 10 So likewise ye, when ye shall have done all those things which are commanded you, say, We are unprofitable servants: we have done that which was our duty to do.

It pays to read the Scripture in context. I have heard preachers speak on the Parable of the Unworthy Servant but never look at the text around that parable. Context makes all the difference.

First of all let’s make note that this parable is only found in the Gospel of Luke. I think that is very important. The other Gospels were written by men who ministered for Christ. Matthew and John were Apostles, hand picked by Christ. Mark was written by an Evangelist (see acts 12:12; 15:37) who worked with Paul. Who did God use to write the Book of Luke? A physician, an early doctor who followed the Apostles and recorded what they said about Jesus. Luke was a Gentile who, based on various commentaries I read, never actually met Jesus face to face. What Luke knew of Jesus was from his encounters with the Apostles (including the Apostle Paul). He writes at the beginning:

Luke 1:1-2 Forasmuch as many have taken in hand to set forth in order a declaration of those things which are most surely believed among us, 2 Even as they delivered them unto us, which from the beginning were eyewitnesses, and ministers of the word;

Luke received what he wrote from eyewitness accounts of others. Someone told Luke about the Parable of the Unworthy Servant, and God allowed Luke to put it in the Scripture. The parable may have been an especially wonderful thing to Luke as he was a follower of those who saw Jesus but he himself had never seen the Lord other than with spiritual eyes. Jesus went to the Jews first, then to the Gentiles. Luke was a Gentile in the midst of a bunch of Jewish believers.

In Luke 17:3-4 Jesus emphasizes the need to forgive others if you will be used of God. What Jesus said was:

Christians are not to harbor grudges. Our faith demands that we be forgiven as we have been forgiven. If we as believers sin by word or deed the Bible says:

1 John 1:7 But if we walk in the light, as {God} is in the light, we have fellowship one with another, and the blood of Jesus Christ his Son cleanseth us from all sin.

Who among us has not sinned?
Let him or her cast the first stone! (John 8:7)

It is Jesus Who:

“… is worthy… for Thou wast slain, and hast redeemed us to God by Thy blood out of every kindred, and tongue, and people, and nation; and hast made us unto our God kings and priests; and we shall {one day} reign on the earth (Revelation 5:9-10).

We are not worthy. When we take and hold a grudge we put ourselves above God. We all have sinned and come short of the glory of God (Romans 3:23). We must forgive others. No one is saved out of worthiness. No one. Not Billy Graham, nor David Jeremiah, nor John MacArthur, nor Charles Spurgeon, nor even David Buffaloe.

Therefore we must forgive. In response to this teaching the …

Apostles said unto the Lord, Increase our faith. (Luke 17:5)

To live a life of forgiveness requires a strong faith – not in ourselves, but in God. I’ll say that again:

To live a life of forgiveness requires
a strong faith in God and God alone!

If I had that much faith in God then that tiny bit of faith would be able to move a mountain. Where my faith is placed very much matters. I don’t need to scatter my faith out. My faith must be in my God, my Heavenly Father, my Blessed Redeemer Jesus. To have a great faith we all need to be like John the Baptist was. Do you remember John? John the Baptist was a mighty man of God. He was greater than Billy Graham, greater than Joel O’Steen, greater than any preacher we have ever heard of. You know how I know he was greater?

John did not have a big Church.
He never dressed in a fancy suit.
God led him to the wilderness to preach.
And people – without Facebook, Twitter,
Without NBC, ABC, or CBS,
Without free coffee and doughnuts to all who came,
Without good PR and a large advertising budget,
People flocked to John to be baptized!

One day those who followed John came to him and said:

John 3:26 … Rabbi, he that was with thee beyond Jordan, to whom thou barest witness, behold, the Same baptizeth, and all men come to him.

“Listen John – we’ve got a competing Church. That Man that YOU baptized has a BIGGER CROWD than YOU have! What do you think we ought to do?”

Well if John pastored a megaChurch today he would have went out and discussed Church Growth Strategies with the experts. Maybe John needed to start a coffee house to reach the Millennials. Maybe Generation Z needed a place that they could work out. Maybe we needed a few more billboards. But John didn’t buy into any of these things. Notice John’s words:

John 3:27 … A man can receive nothing, except it be given him from heaven.

If it didn’t come from God, it won’t come. If it is of God it can’t be beaten. But if it’s my program, or John’s program, or some slick PR thing, Beloved, it will come to nothing. John went on to say:

John 3:28-30 Ye yourselves bear me witness, that I said, I am not the Christ, but that I am sent before him. 29 He that hath the bride is the bridegroom: but the friend of the bridegroom, which standeth and heareth him, rejoiceth greatly because of the bridegroom’s voice: this my joy therefore is fulfilled. 30 He must increase, but I must decrease.

John did not see himself as a “great man of God”, but as a recipient of God’s Grace. God called John to be the forerunner of Christ. What an honor that was! But John was not called to that position because he was a better person than others. God did not desperately need John the Baptist to do what he was called to do. What John had, he had by Grace.

God doesn’t owe us anything. We owe Him everything. Now let us see the parable with us as the unworthy servants.

Luke 17:7 …. which of you, having a servant plowing or feeding cattle, will say unto him by and by, when he is come from the field, Go and sit down to meat?

I have a servant who has been out working all day. Do I call him in to supper, feeding him before I feed myself? Absolutely not! The one plowing was my servant. He’s doing his job. I’m recompensing him for his job. He’s doing what he’s supposed to do.

Luke 17:8 And will not rather say unto him, Make ready wherewith I may sup, and gird thyself, and serve me, till I have eaten and drunken; and afterward thou shalt eat and drink?

If I’m paying a servant to plow the field and to wait on me, I’m not going to wait on him. That’s foolish. He is only doing his job. His job is to wait on me because I am paying him for it.

Every day God gives us life. Every day we enjoy the riches of America. God gave me a life I do not deserve. God gave me salvation through His Son Jesus Christ. God doesn’t owe me anything. But I, and you too, dear ones, we together owe God everything. And that’s how we need to approach our service to God. Jesus said:

Luke 17:10 So likewise ye, when ye shall have done all those things which are commanded you, say, We are unprofitable servants: we have done that which was our duty to do.

We are doing our duty when we serve the Lord. He saved us to serve Him. We are blessed beyond measure. We owe God everything, and God owes us nothing. We serve Him because this is our reasonable service. The Apostle Paul put it this way:

Romans 12:1 I beseech you therefore, brethren, by the mercies of God, that ye present your bodies a living sacrifice, holy, acceptable unto God, [which is] your reasonable service.

If we are saved, it is our reasonable service to live for Him. Let us do so every day, to the glory of God our Savior!

A searching Pastor, I am looking for a people who love the Lord and love one another. Daily I pray for the Church. Most of what the world sees today is not the Church, but clubs pretending to be the Church. God is calling to Himself a people willing to be righteous, not self righteous, serving not served. I am called to pastor God's people, those who want to change the world by willingly and willfully following Jesus Christ. Only God is able to change the world, and we must follow His Christ. He is able! Praise His Name! Come quickly Lord Jesus!
View all posts by bibleteacherorg →
This entry was posted in Luke, Sermons Preached and tagged pride, serving christ, serving God, serving Him. Bookmark the permalink.

1 Response to The Unworthy Servant

Original, daily devotionals, inspiration and more from a fresh, "Hey! I never thought about it like that before" perspective.

A sailboat, a couple, and their little dog too.

RISING ABOVE THE STORMS
light blog

Strengthen the believer. Answer the critic.

An Initiation To Motivate, Ignite, Build and Transform Lives

Jesus be with you